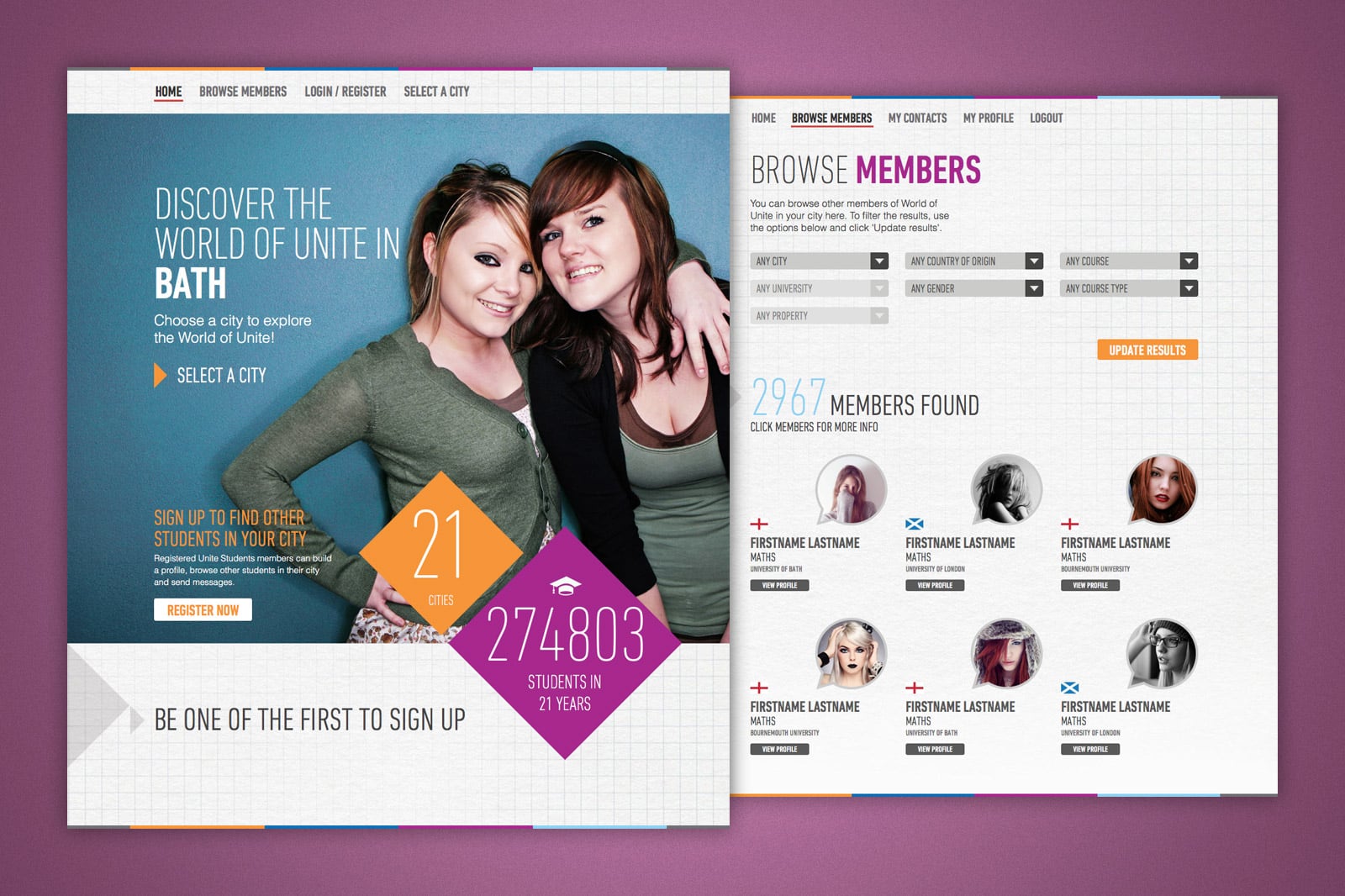 That time I built an entire social network in 4 weeks.

Ok, sure, it’s not quite Facebook, but still. Students due to move into Unite student housing could sign up, create a profile, and discover their future university housemates and coursemates. The site simultaneously served to show off some of Unite’s impressive statistics with integrated data visualisation elements.

During its lifetime, thousands of students signed up to and used the site, but it eventually became redundant as the social media giants grew to overshadow what the site was offering.

I completed all front end development on the project, which was a hugely complex learning experience that developed my ability to build larger and more complex web apps. 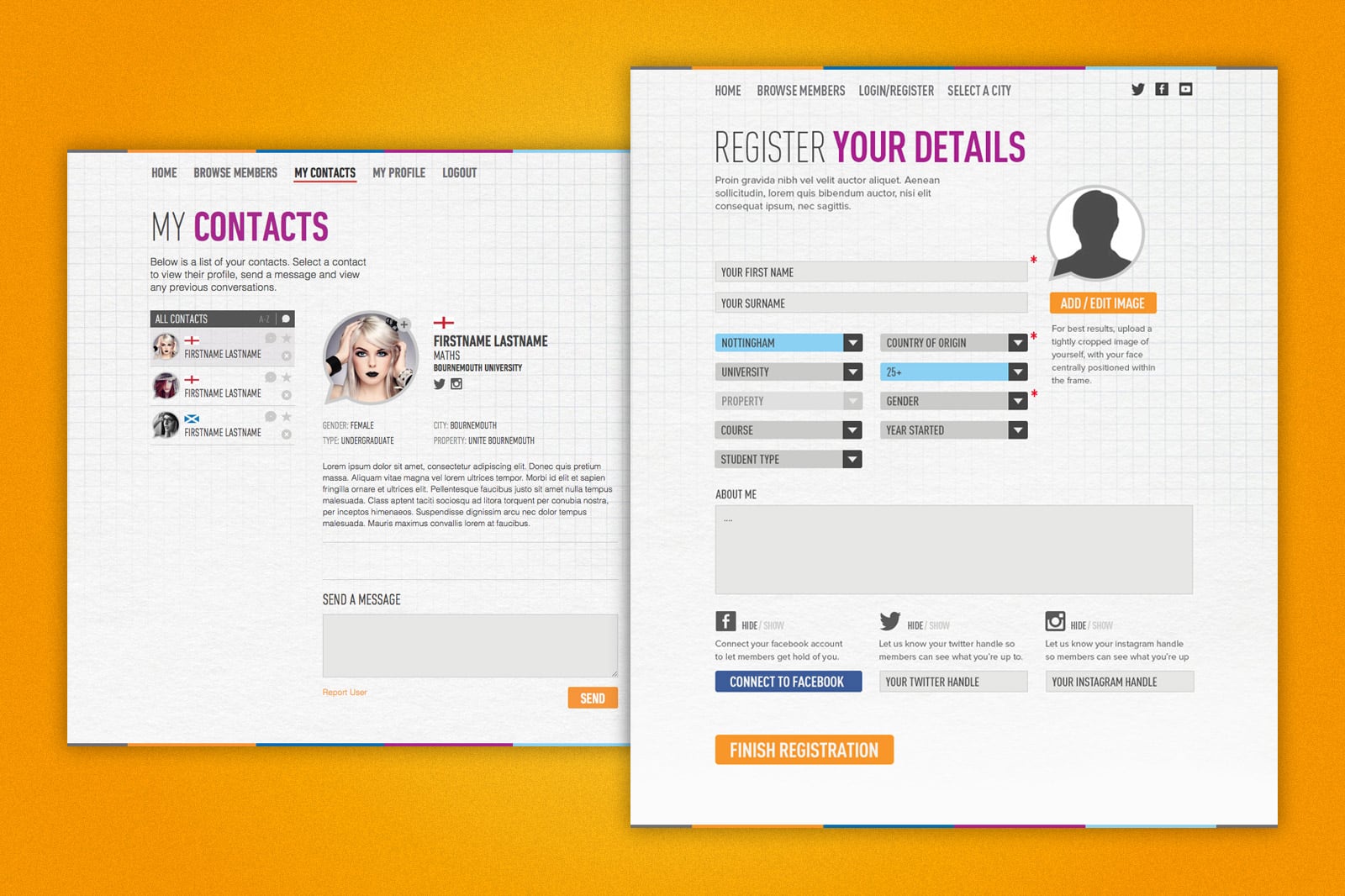 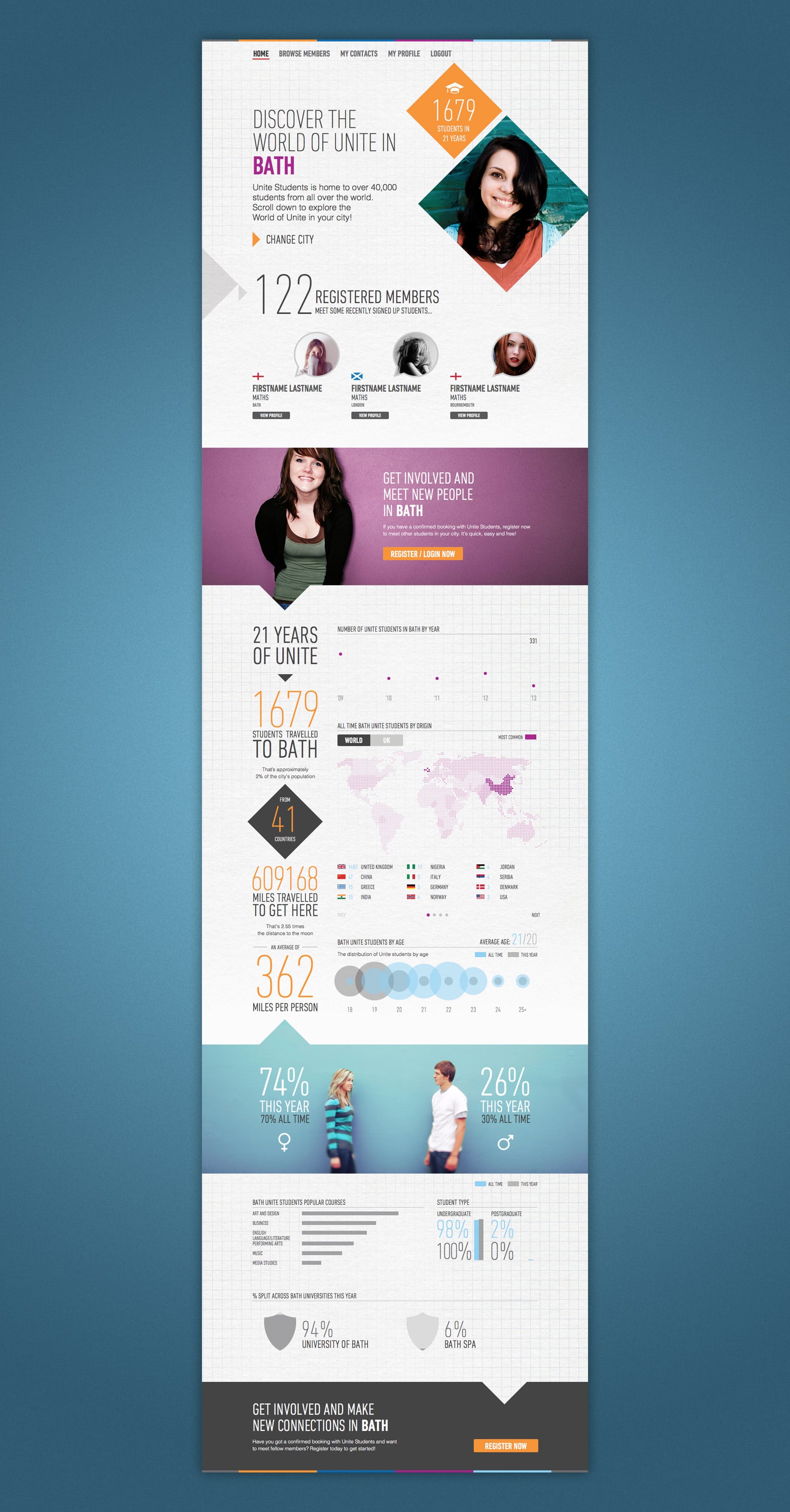