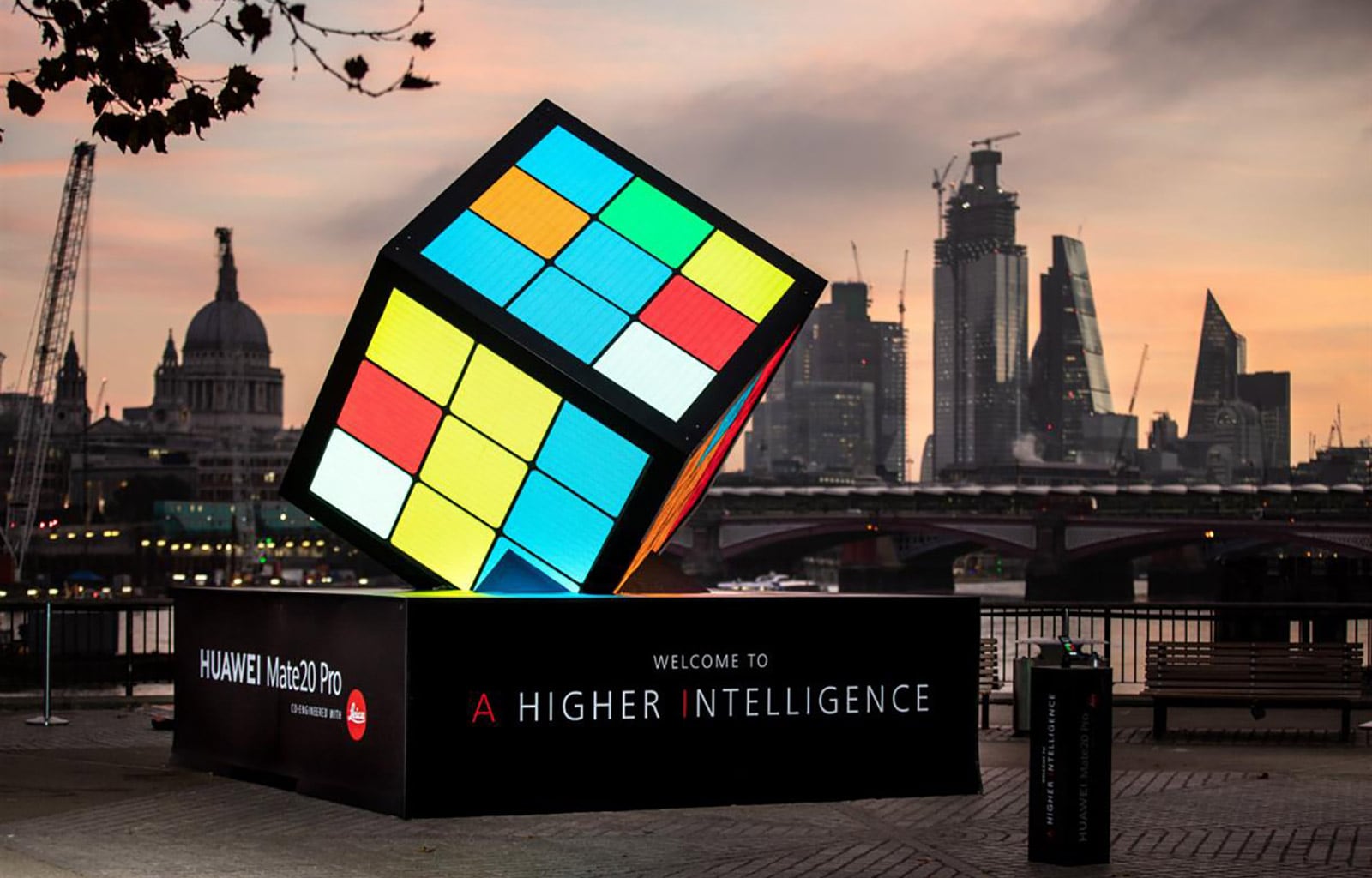 To promote the launch of the new Mate 20 Pro, Huawei wanted to talk about the smartphone’s AI capabilities in an accessible way, and suggested a self-solving take on the traditional Rubik’s cube. Taking this a few steps further, the concept quickly became a giant light-up version of the game that people could interact with in the street.

Kerve turned this concept into reality by creating a huge cube built from LED panels, balanced on its corner, and raised up to be over 4m tall. This allowed us to show whatever we wanted on the cube’s 6 faces, including promotional material, animations and, of course, the familiar faces of a Rubik’s cube.

This then mirrored a 3D Rubik’s cube game shown on a nearby Mate 20 Pro handset, accurately reflecting what the player was seeing on screen, including gameplay hints suggested by the Huawei’s machine learning algorithms if the player got stuck.

I was involved from an early stage of the concept development, devising the user journey, creating 3D models and visualisations of the final structure, and overseeing all aspects of the software development. I completed all development work on the handset game, devised the bulk of the Rubik’s cube logic by building upon a few open-source packages, and handled the real-time communication between the handset and the LED cube itself.

The project was turned around in a matter of weeks and generated loads of press for the brand, with “Made in Chelsea” and “I’m a Celebrity” star Georgia Toffolo arriving early on the day to be the public face of the project. 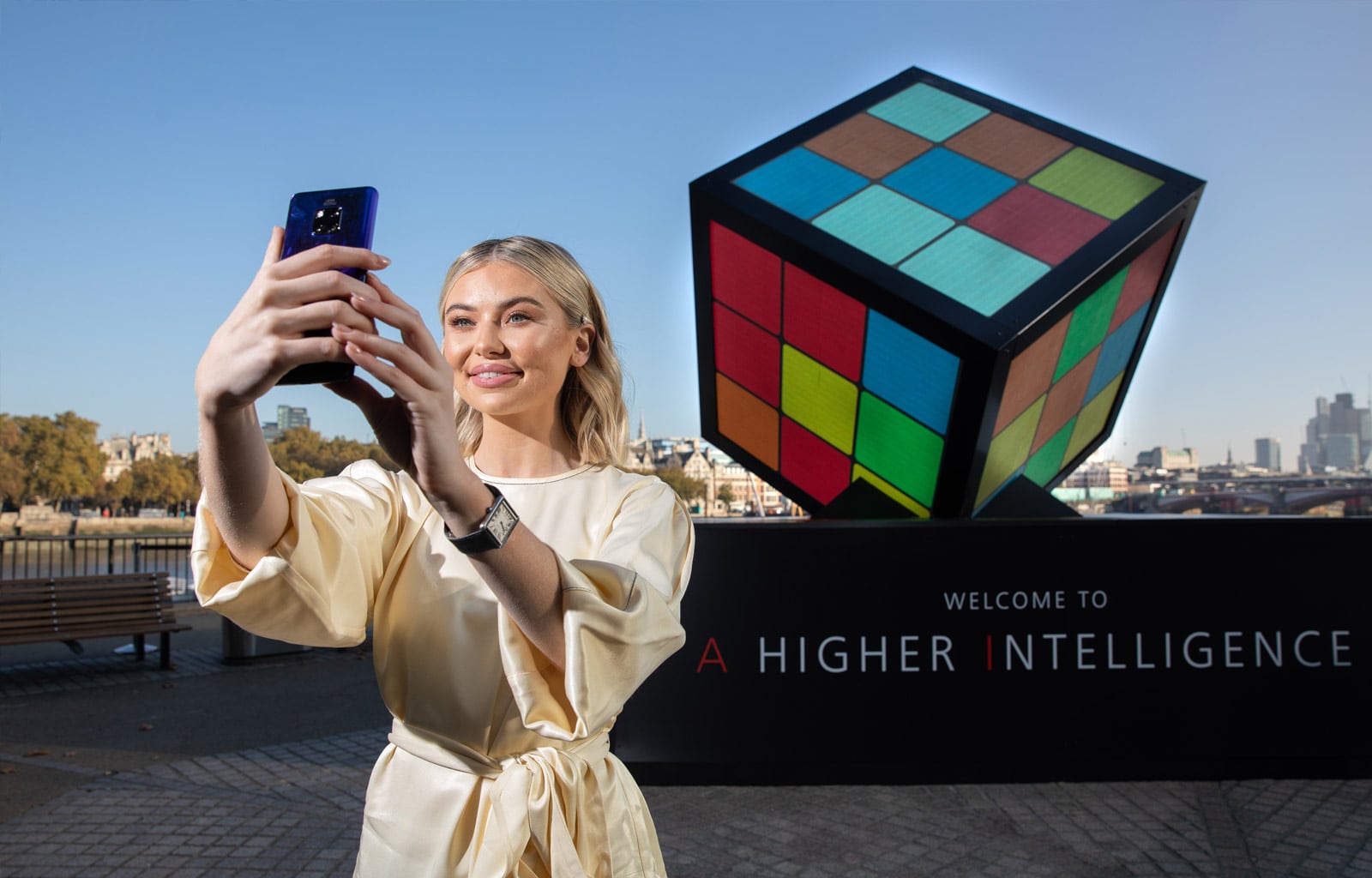 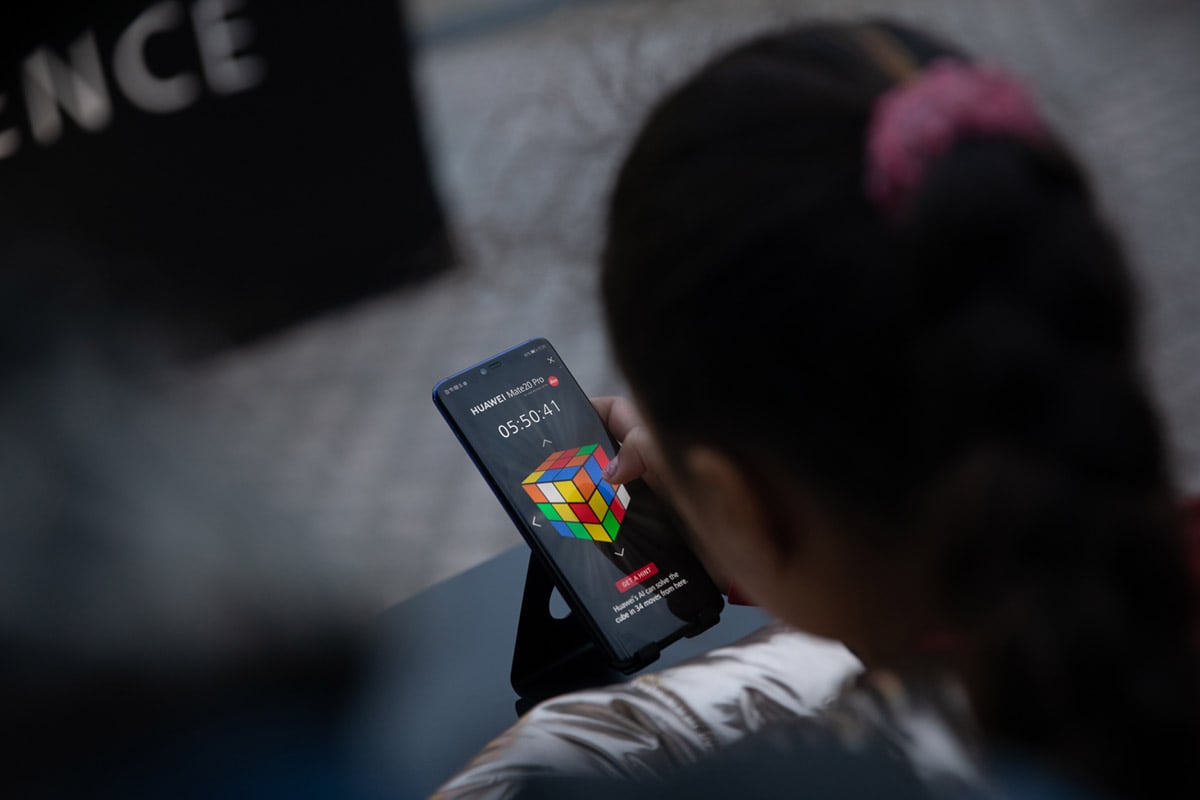 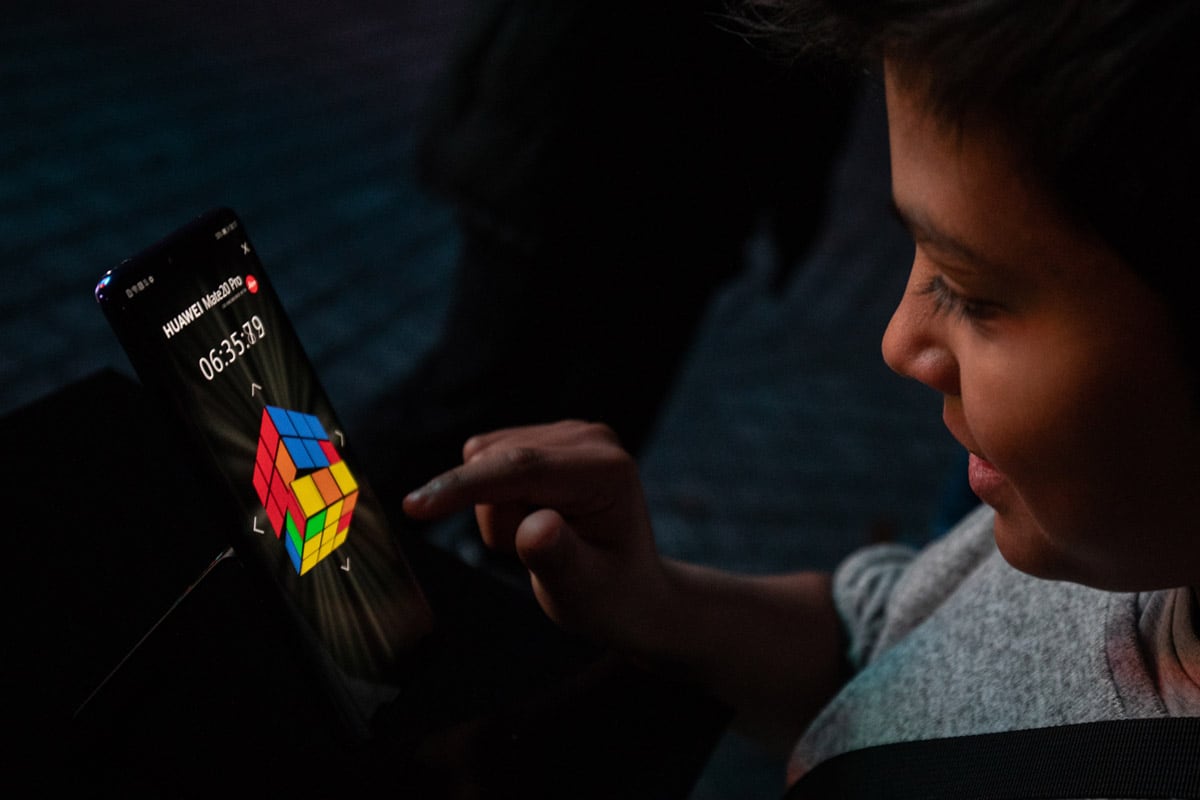 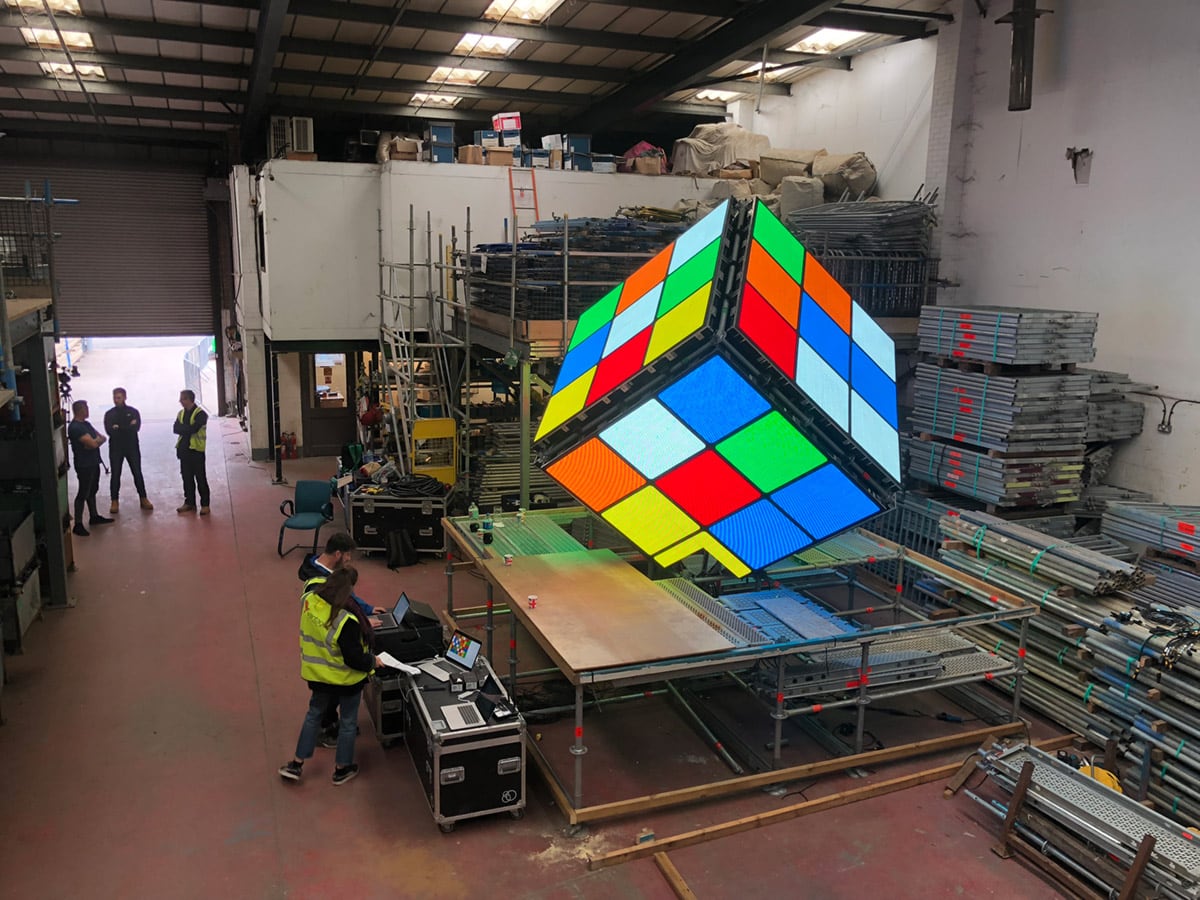 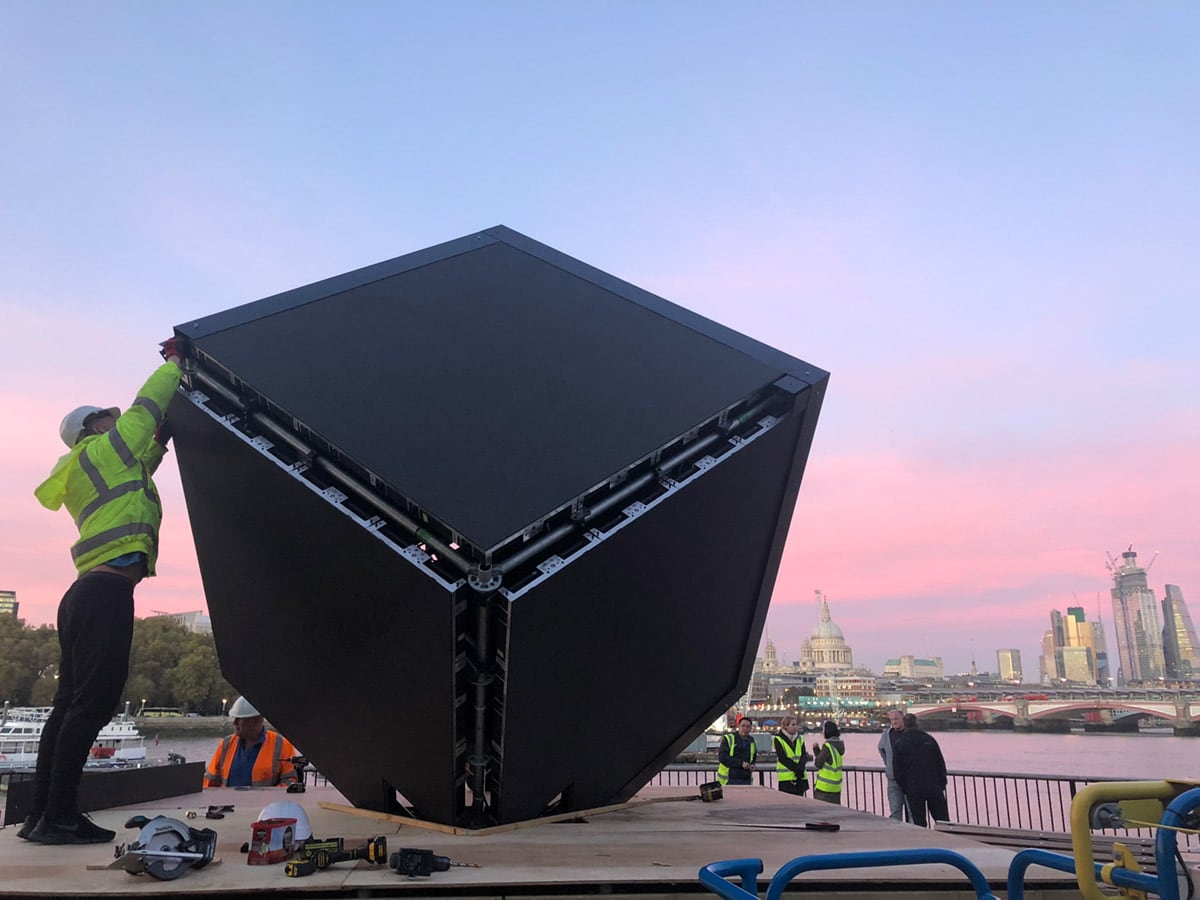